Mandatory food labeling requirements and a thorough review by Australia’s food standards regulator are among nine recommendations made today by the Senate inquiry into meat definitions.

The findings could have major ramifications for the plant protein and non-dairy “milk” industries.

Chairman of the Committee on Rural and Regional Affairs and Transport, Senator Susan McDonaldconducted the investigation after receiving complaints from consumers and the meat industry about vegan food companies appropriating long-accepted animal descriptors and images on packaging.

Senator McDonald said the survey made clear that regulation was needed to help consumers choose their foods and to protect the intellectual property of Australia’s meat, dairy and seafood industries, which weigh billions of dollars, especially with lab-grown meat that is expected to enter markets for years to come.

“Consumers say they are confused by plant-based products with names like ‘chicken’, ‘beef’ or ‘shrimp’ with images of these animals on the packaging and the words ‘plant-based’ or ‘free from meat’ printed in much smaller letters”. she says.

“This is especially true for people who are visually impaired, who are dyslexic, who have English as a second language or who have a disability.

“It can even apply to people who are just in a rush with a screaming child on their hip, grabbing a package with a chicken on it for the family’s dinner and realizing when they get home that it’s no fun. all chicken.

“No one likes to see more regulation, but the Committee believes that labeling should clearly differentiate plant proteins from products long associated with animal origin.”

Current plant protein labeling is permitted under Food Standards Australia New Zealand rules, but this is subject to some of the recommendations.

“We advise that an ongoing review of FSANZ also includes rescinding its permission for plant proteins and non-dairy milks to use animal descriptors,” Senator McDonald said.

“We also recommend that the Australian Competition and Consumer Commission act on concerns that plant protein is placed too close to animal protein in stores.”

Senator McDonald reiterated her support for the plant protein industry, noting that the Committee also recommended increased government support for the expansion of the sector.

“Australian pulse and vegetable growers can tap into the plant protein market, so it doesn’t make sense for people to frame this investigation as trying to somehow cripple this industry or attack vegans and vegetarians,” a- she declared.

“All we’re suggesting is that, just as margarine makers did by choosing a name that doesn’t contain butter, plant-based protein marketers find ways to promote their products without trading off the names and pictures of animals.

“The same goes for cultured meat. When it finally hits the market, it will need to be clearly distinguishable from meat grown in a pen, so we recommend the government get involved now in regulating meat definitions.

The committee recommends that the Australian government develop a mandatory regulatory framework for the labeling of plant-based protein products, in consultation with representatives from the traditional and plant-based protein sectors, the food service industry and retailers.

The committee recommends that the Australian Competition and Consumer Commission review the placement of plant-based protein products in retail stores, including online platforms.

The Committee recommends that the Australian Government ensure that the application of a mandatory regulatory framework is applicable to cultured meat products, with a view to the introduction of these products into the Australian market.

The committee recommends that, as part of the ongoing review and modernization of the Australia-New Zealand Food Standards Act 1999, Food Standards Australia New Zealand (FSANZ) is launching a review, in consultation with industry, of section 1.1.1—13(4) of the FSANZ Code and recommends exempting its application to named brands of meat, fruit seafood and dairy products.

The committee recommends that the Australian Competition and Consumer Commission develop a national disclosure standard that defines and limits the use of meat grade marks to animal protein products. This standard should include guidance on the use of livestock imaging for the labeling and marketing of plant protein products.

The committee recommends that the Department of Agriculture, Water and Environment, in partnership with the Commonwealth Scientific and Industrial Research Organisation, consider measures to:

build the capacity of the plant-based protein products industry to source from Australian-grown produce; and

The committee recommends that the Ministry of Agriculture, Water and Environment ensure that the plant protein products sector is supported to contribute to the Ag2030 target of achieving an agricultural sector of 100 billion dollars by 2030.

a definition of vegetable protein products; and

The full report and list of recommendations are available at https://www.aph.gov.au/Parliamentary_Business/Committees/Senate/Rural_and_Regional_Affairs_and_Transport/DefinitionsofMeat/Report

The Red Meat Advisory Council (RMC) has welcomed the findings and common sense approach delivered today in the report of the Senate of Rural and Regional Affairs and Transportation
Legislation Committee Inquiry into definitions of meat and other animal products. 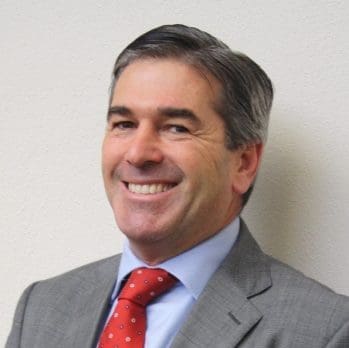 Independent RMAC chairman John McKillop (right) said it was unacceptable that highly processed plant protein made from imported ingredients was allowed to be labeled as Australian meat and was pleased to see that after careful consideration of all issues, the Senate inquiry agreed .

This is an excellent result not only for the red meat and livestock sector, but also for other traditional meat protein sectors, including pork, chicken meat and seafood.

“The survey’s recommendations will go a long way towards restoring truth in labeling for Australian consumers, while ensuring that the manufactured animal and plant protein industries can compete on equal terms,” said Mr McKillop.

“The reputation for quality of the products of the red meat and animal husbandry industry is recognized throughout the world.

Our 75,000 Australian red meat businesses and 445,000 employees and 24 million domestic red meat consumers, and the millions of export consumers who support them, continue to be a
major contributor to the Australian economy and a lifeblood for our rural and regional areas.

“In concluding that the current regulatory framework for the labeling of plant-based protein products is inadequate and that decisive action is needed, the Committee supports the protection of
consumers, as well as the brand and reputation of traditional animal proteins such as ‘beef’, ‘lamb’ and ‘goat’.

“The recommendations made in today’s report confirm the industry’s long-standing view that minimum regulated standards are necessary to prohibit manufacturers of plant-based protein products from
refer to traditional animal proteins such as “beef”, “lamb” and “goat”, and use images of livestock on plant-based protein packaging or marketing materials.

“The Committee also shut down the consumer confusion debate, concluding that Australian families are being misled by misleading labels and descriptions used by herbal companies.

“It is now abundantly clear that Australia’s regulatory and enforcement framework urgently needs strengthening. The practice of denigrating meat products through false advertising must end.

“The red meat and livestock industry therefore calls on Australian and New Zealand Food Standards and the Australian Competition and Consumer Commission to implement the recommendations set out in the report as quickly as possible,” Mr. McKillop said.

RMAC said key recommendations include:
• the Australian government is developing a mandatory regulatory framework for the labeling of plant-based protein products (recommendation 1),

• Food Standards Australia New Zealand is launching a review of section 1.1.1—13(4) of the FSANZ Code and recommends exempting its application to meat, seafood and
brands in the dairy category (recommendation 4), and

• The ACCC is developing a national disclosure standard that defines and limits the use of meat grade marks to animal protein products. This standard should include guidance
on the use of livestock imagery for the labeling and marketing of plant-based protein products
(Recommendation 6).

“The red meat and livestock industry welcomes these recommendations and congratulates the committee, committee chair, Senator Susan McDonald, and vice-chair, Senator Glenn Sterle, in
in particular, for his thorough work on this important issue,” Mr. McKillop said.

Beyond the national cabinet: Push for a Senate inquiry into Australia’s federal system