Back to the Wild West: What Senate Bill 21-271 Means for the Safety of Denver Citizens

“Well, if there are no rules, let’s start the fight.”

Terry Hildebrandt, PhD, is at war. The Denver neighborhood where he lives – the Golden Triangle – is anything but a golden community of urban bliss. Every day he encounters the litter of illegal campers which may include feces, garbage, burnt down tents, used needles, etc. At all hours of the day and night, Hildebrandt faces fights between camp tenants, incessant shouting, blocked sidewalks, thefts of businesses and residences, sexual abuse and physical altercations that threaten his safety. , that of its neighbors and just about anyone else. who enters the area. 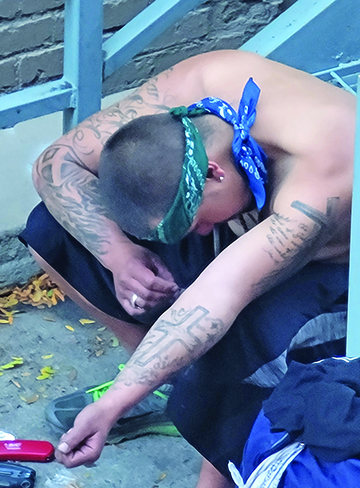 The alley behind Hildebrandt’s office has been nicknamed “Heroin Alley”.

The latest installment of irresponsible legislation poised to exacerbate the spiral of crime was signed into law by Governor Jared Polis in early July 2021 and signed into law on March 1, 2022. For Terry Hildebrandt, the most concerning features of the bill Senate Bill 271, the Misdemeanor Reform Bill, “is that the law now allows certain felons to possess firearms, making it more difficult for police to remove guns from the streets, due to ‘an amendment to Section 346 of Colorado Revised Statutes: 18-12-108 regarding possession of weapons by former offenders,’ he explains.

“Previously, all convicted felons were prohibited from buying or possessing firearms. Now many criminals will be allowed to own firearms unless they have been convicted of offenses under the Victims Rights Act, such as murder, child abuse and sexual assault. For example, this means that all former offenders convicted of crimes related to drugs, burglary, arson and many other reasons will now be allowed to own firearms. 18th Judicial District Attorney John Kellner and Denver Police Chief Paul Pazen have publicly expressed serious concerns about SB21-271 and the likely impact it will have on crime rates in Colorado due to more felons being allowed to own firearms.

Meanwhile, Hildebrandt fights for the sanctity of the downtown Denver community as a whole and for the dignity of those who choose to call the Golden Triangle home. Decriminalization of illegal drug possession and illicit substance use, along with the neutralized authority of a Denver police department, has turned his neighborhood into an urban hell. “In the summer of 2021,” he begins, “I had to call 911 to report a man passed out in the alley just off 10th Avenue, lying in traffic on the hot concrete. The man could have been run over by a car as it is a very busy alley. Firefighters arrived quickly to check on him. It was around 95 [degrees] that day, so heatstroke was a real possibility,” he says.

Hildebrandt continues, “In 2021, we had a lot of open heroin and meth use in the alley right outside my house and business, which I renamed Heroin Alley. I have dozens of photos of addicts with heroin needles in their arms and toes and smoking meth and fentanyl. We regularly found used needles all over the Triangle d’Or district. I was calling 911 up to five times a day to report open drug use and other health issues in my neighborhood. In 2021, I joined with a non-partisan and diverse group of like-minded people, to co-found the nonprofit Citizens for a Safe and Clean Denver,” he explains.

Hildebrandt is quick to point out that he doesn’t just condemn the dangerous conditions in his community. Instead, he points to contributing factors, such as how many of his landlord peers simply choose to look the other way rather than insist the city do better. The current policy is for authorities to offer treatment services and shelter to homeless people living in tents (which is almost universally refused) rather than insisting, especially for people with addictions and/or serious mental illness. “I no longer see any excuse to tolerate someone rotting on the street in an illegal tent to overdose and freeze to death,” he says. “How is there any dignity for homeless people by allowing dangerous and illegal enc 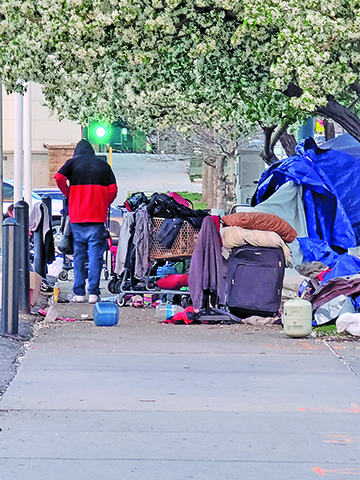 The Golden Triangle neighborhood in downtown Denver is dangerous for all residents, housed and unhoused.

“The saddest thing is that Denver can find shelter for everyone on the streets,” Hildebrandt says. “Skye Stuart (Legislative Director and Senior Advisor for Policy and Legislation, Mayor’s Office) at Public Hearing: CB 21-0592 said, ‘I want to clarify that we have hundreds of beds available each night. . If every person off the street wanted to come in, would we need to do certain things – like open recreation centers – absolutely, but we have some flexibility in our system that will accommodate that.

Meanwhile, those arrested for offenses such as drug trafficking, burglary, trespassing, car theft, sexual assault, harassment and other crimes are inexplicably released by the courts on public relations (personal recognizance) bail in just hours. . after being detained. Hildebrandt raised concerns with senior officials, saying, “We met with District Attorney Beth McCann, and she accused the judges of freeing accused felons on public relations obligations. McCann took no responsibility for the dramatic increase in the number of accused dangerous criminals being released on bail pending trial, saying the judges set the bail – not the prosecutor,” he says.

Hildebrandt continues, “McCann also told us that she has no data to understand which judges are responsible for this mess. I am deeply frustrated and disappointed with the lack of accountability of the judiciary. The public has no easy way to hold judges accountable for releasing dangerous and violent criminals and drug dealers to reoffend. Tony Kovaleski in Denver7 reported that Open Court Records Acts data shows 1,298 arrests for criminal drug offenses. The data also shows that 69% of all defendants arrested for these drug offenses obtained public relations bonds and shows that 45% of those arrested for drug offenses who obtained a public relations bond didn’t show up for at least one court hearing,” he said. .

To say that these circumstances are disheartening for law enforcement officials who have “boots on the ground” would be an understatement. “I have personally witnessed the negative impact on the 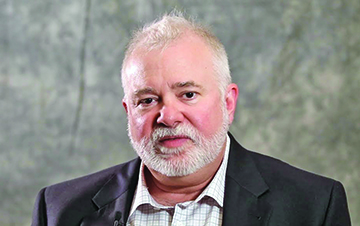 Dr. Terry Hildebrandt, Ph.D. lives and works in the Golden Triangle neighborhood that has become an urban hell.

morale of our police force when defendants, violent criminals and drug dealers are released after police risked their lives to arrest dangerous criminals,” Hildebrandt said. “I have also seen the frustration and fear of victims, who are subjected to the same perpetrators over and over again when these criminals are back in the community where they can re-offend.”

A glimmer of hope

Despite the multitude of setbacks in his front yard, Terry Hildebrandt is focused on solutions. He is quick to point out that legislation contrary to SB 21-271 has been introduced. “HB 22-1257 just passed the house,” he said. “It will help solve some of the problems if it passes the Senate. [It] would add certain criminal offenses, such as criminal extortion, enticement of a child, unlawful termination of pregnancy and arson, to the list of “ex-offender possession of a weapon” (POWPO) . However, this does not solve the problem of convicted drug felons being allowed to own firearms,” he explains.

Some citizens are fed up, suspicious of the justice system and doubt that law enforcement will come to their aid if they are accosted, assaulted, attacked, robbed or worse. What can you do then, you will ask, to enhance your personal security?

There are many companies in Denver that teach people how to protect themselves from violent criminals. It’s not a new idea, rather it’s been a famous aspect of everyday life in the Mountain West area since before Mile High City was founded in 1876. For a fair price, any able-bodied adult or minor with consent parent can learn to safely and competently use, carry (18+ only) and maintain a firearm intended for self-protection. Places such as Lipstick Tactical (emphasizing women’s safety), BluCore Shooting Center and Final Protective Line Academy are centers of education, awareness and training for law-abiding citizens concerned about their personal safety. These companies and other similar companies are ideal places to get the proper training, knowledge and testing needed to obtain a concealment and carry license.

If firearms aren’t your cup of tea, but personal safety is, Denver offers a wealth of destinations for self-defense training in hand-to-hand combat styles such as Krav Maga, Jiu-Jitsu, Kung Fu and many more. People too busy to tackle a new discipline are wise to at the very least invest in practical assailant deterrents such as pepper spray, pepper spray, mace, or a similar user-friendly device. If the government does not demand sanctions against those who seek to harm law-abiding citizens, then the population as a whole must bear sole responsibility for its own well-being. As for those who choose to harm themselves at taxpayer expense, this mess, for now, is still your problem.

After the failure of the Senate bill on abortion